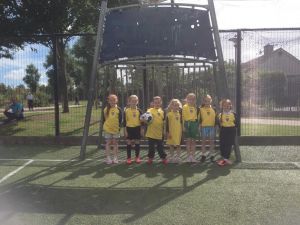 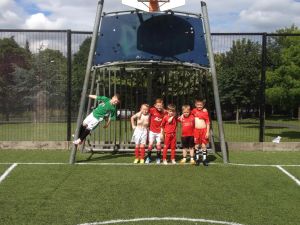 Five a side girls and boys teams who took part in the very successful Mini World Cup in Markievicz Park on June 12th.Over sixty children aged 5 to 11 organised by age took part in the competition jointly organised by Ballyfermot FRC and the Football Association of Ireland. A big thanks to the parents and volunteers who made the day such a success. (what is that keeper doing?)